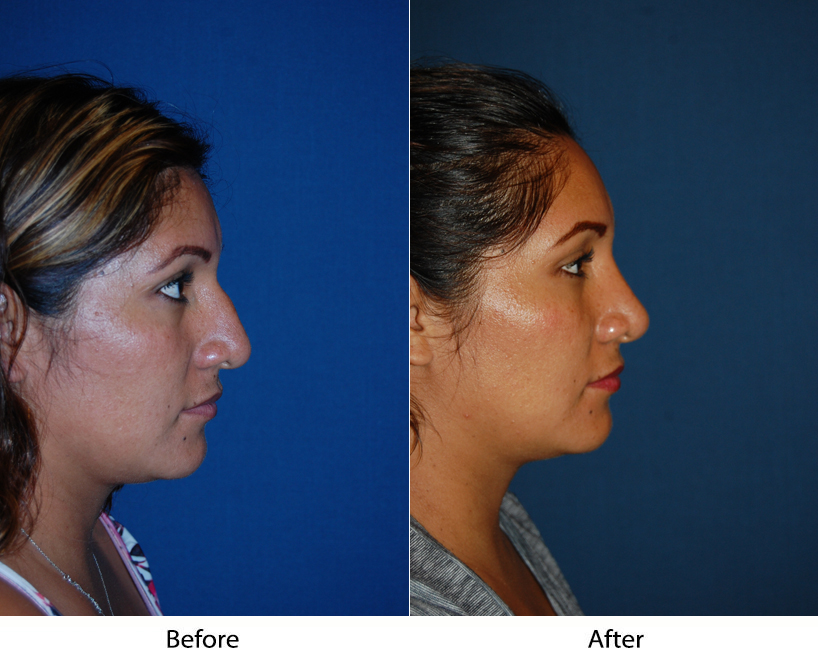 After eyelid surgery, the most popular form of facial plastic surgery is rhinoplasty or the nose job — and it is at this time of year when such surgery is most sought after. Requests for facial plastic surgery increase by 25 percent from Thanksgiving through New Year’s Day. Common reasons for a nose job are to reduce a nasal hump, alter the tip of the nose or repair a deviated septum — the part of the nose which separates the nostrils, damage to which results in the familiar appearance of the broken nose.

To alter the shape of the nose, the surgeon alters the configuration of the cartilage and bone under the skin. In order to avoid the appearance of surgery, the surgeon usually places the incisions of rhinoplasty inside the nose, where no one can see them. Doctors call this a closed rhinoplasty. Every once in a while, an incision is needed in the skin on the outside of the nose. This is called open rhinoplasty, and the incision is usually performed in the skin between the nostrils. Sometimes a rhinoplasty is performed to improve the results of a previous nose job. This is called a revision rhinoplasty. If you are considering this, you should wait for at least one year after the first rhinoplasty. In about one in five cases, a rhinoplasty should be accompanied by a chin implant, to give balance to the face.

After surgery, there will usually be some swelling, a certain amount of bruising and sometimes skin numbness. All of these effects will go away before too long. The bruising will fade within a week to ten days, while the swelling can last for several weeks. To get an idea of what long-term results to expect, look for a surgeon with a gallery of before and after rhinoplasty photographs on his or her Web site.

Charlottes most experienced rhinoplast surgeon for your nose job

A good rhinoplasty surgeon can give your nose a thorough examination and figure out the best way to perform the surgery. With the help of computer imaging, the surgeon can show you various possible ways your nose can look when the surgery is done, allowing you to describe precisely the results you want from the operation. Look for a surgeon with a state-of-the-art suite for operations.

Dr. M. Sean Freeman is Charlotte’s top rhinoplasty surgeon. He has been certified by two different surgery boards. He has devoted himself to facial plastic surgery, including nose jobs, since 1988. Many of his patients have already gotten nose jobs from other surgeons and come to him for revision rhinoplasty to make them better. If you live in or near Charlotte and want a nose job, schedule your appointment or online consultation today.

Contact Dr. Sean Freeman at Only Faces, Charlotte’s most experienced rhinoplast surgeon and top facial plastic surgeon, to schedule a consultation to find out what procedure is right for you. Call today.